Belarus and Poland are connected not only by a common frontier, historical milestones and close economic relations. The Polish Company Polmark Kielce, authorized dealer of OJSC “BELAZ”, is a long-standing reliable partner of BELAZ Company in the markets of the Republic of Poland and the European Union. 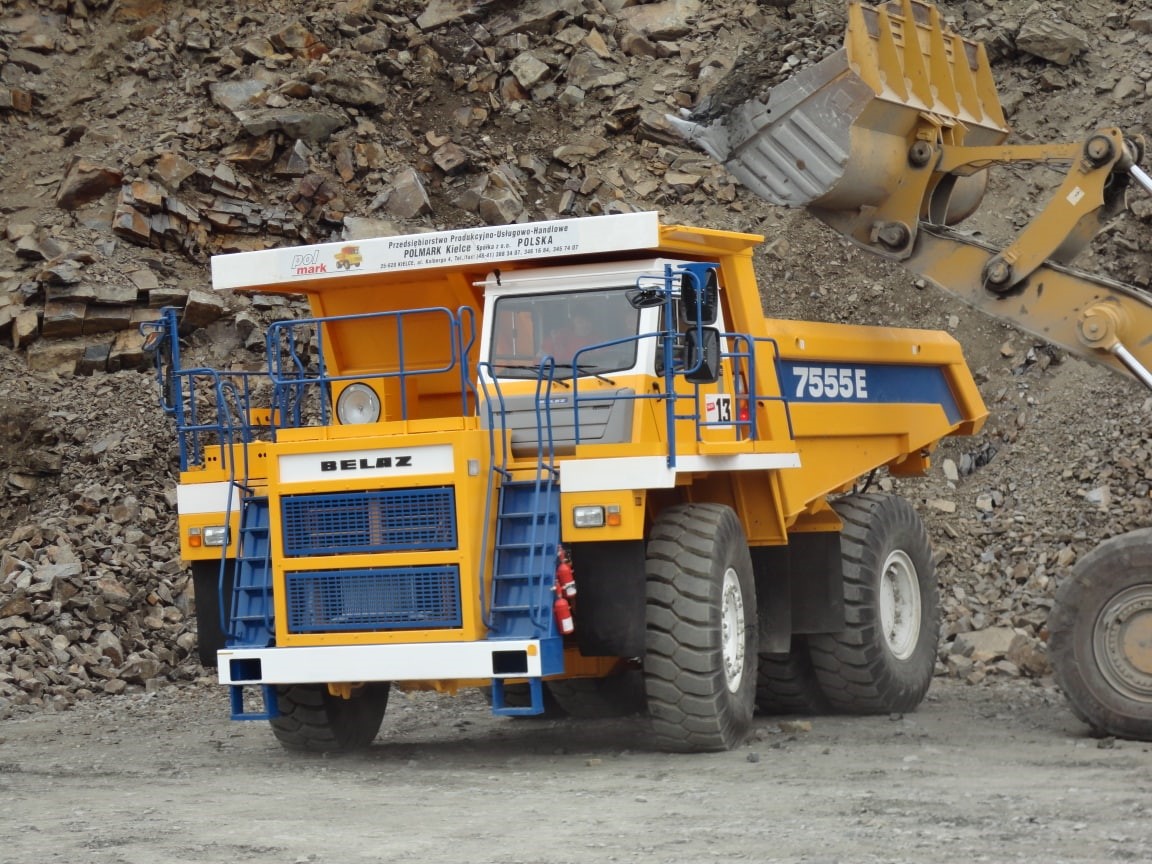 This year marks the 25th anniversary since PPUH Polmark Kielce has become the official dealer of OJSC “BELAZ” in the Republic of Poland. Nowadays Polmark Kielce is responsible not only for the sales of BELAZ mining dump trucks in Poland, spare parts supply to the customers, comprehensive maintenance and repair of BELAZ vehicles. Polmark Kielce is also responsible for the supplies of BELAZ equipment to the EU market – to mining companies in Slovakia, Lithuania, Czech Republic, Hungary and other coutries.

With the help of such a reliable partner in the region, BELAZ has gained a firm foothold in the European mining market. The fleet of heavy duty mining dump trucks in Poland is 96 (!) percent BELAZ equipment and amounts to 483 vehicles with the payload capacity from 30 to 60 tons of series BELAZ-7540, BELAZ -7547, BELAZ -7545 and BELAZ -7555.

It should be mentioned that one of the founders of Polmark Kielce, the Chairman of the Board, Marek Świercz, who will be celebrating his 65th anniversary soon, has been dealing with BELAZ mining equipment since 1975. In 1983 he visited Belarusian Automobile Works for the first time and since then has been cooperating with BELAZ continuously. 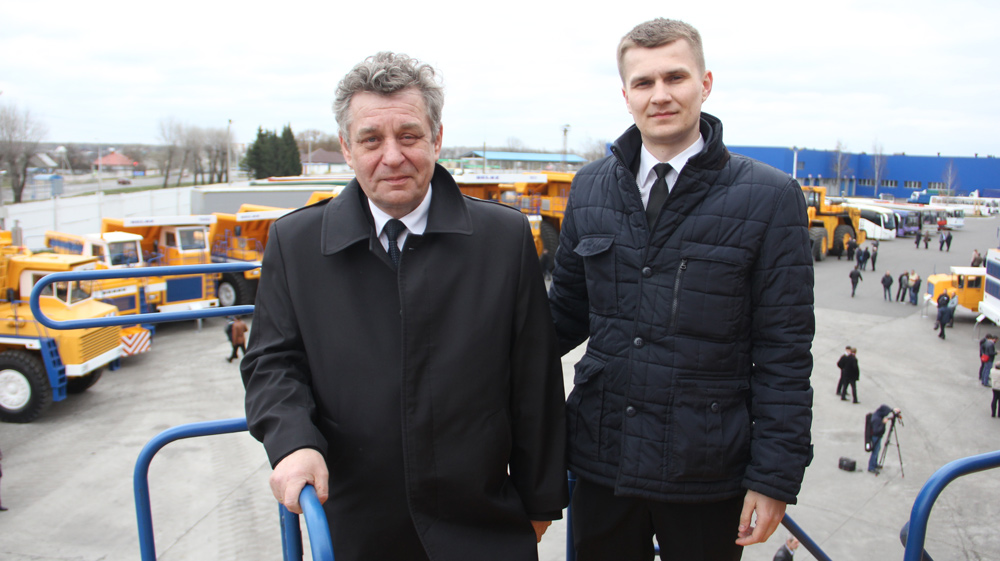 An undergoing work on trouble-free operation of BELAZ vehicles in Poland is performed under the guidance of Mr. Marek Świercz. The service center which was created on the basis of production capacities of the Company in Kielce consists of a repair workshop and spare parts warehouse. The overhaul of the engines, transmissions and cabins is performed here. Cooling radiators, hydraulic accumulators, electrics, dashboards, air conditioners, lubrication central systems, firefighting systems as well as video-viewing systems are installed in this service center. Polmark also performs repair of heavy-duty tires and production of mobile washers for mining vehicles.

In 2016, OJSC “BELAZ” and PPUH Polmark Kielce entered in the license agreement on the assembly production of 45-ton BELAZ mining dump trucks. Since then, BELAZ has become a leader in terms of the time period of the vehicles re-equipment in accordance with the modern ecological requirements of the EU. 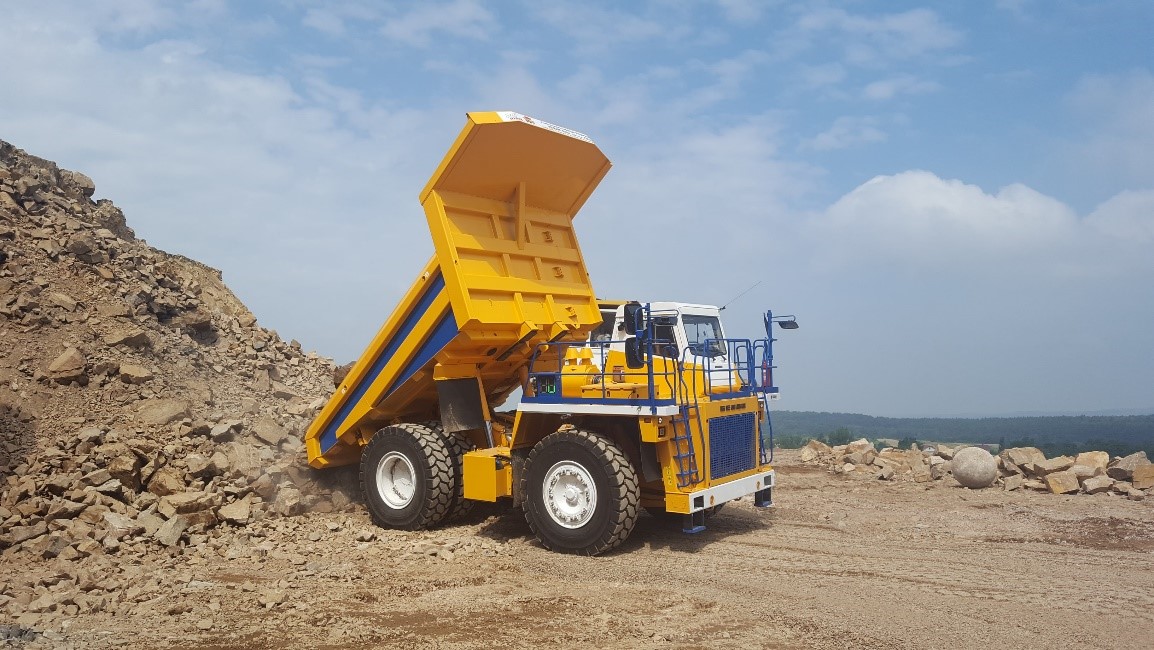 Over these years, there has been performed a tremendous work on the promotion of BELAZ equipment in the countries of the European Union: BELAZ mining dump trucks of 45-90 tons were certified, the dump trucks were retrofitted and equipped with the international engines and other assembly units in compliance with the EU ecological standards.

From year to year, Polmark Kielce constantly proves its spotless business reputation of a BELAZ long-term partner. For the last 4 years, with the assistance of the Polish authorized dealer, 8 units of BELAZ vehicles (payload capacity of 45 and 60 tons) were supplied to the Czech Republic, 4 units of mining dump trucks (payload capacity of 45 and 55 tons) – to Slovakia. Seven units of 45-ton BELAZ dump trucks were supplied to Lithuania from the assembly production in Kielce. Spare parts are supplied to Germany and Hungary, Belarusian quarry equipment with a payload capacity of 45-60 tons is promoted in France, 90-130 ton - in Spain and Germany. In general, over the past year and at the beginning of the current year, BELAZ has supplied 22 units of mining equipment to the Republic of Poland.

Quite recently, with the assistance of BELAZ dealer, the testing of 60-ton BELAZ-7555I dump truck with a modern sixteen-liter engine with an output of almost 800 horsepower that meets the European environmental standard Stage V was completed in Poland. Now Polmark Kielce is actively working on the implementation of assembling of loaders of BELAZ-7822 series in Poland, which will fully meet the current environmental requirements of the EU. 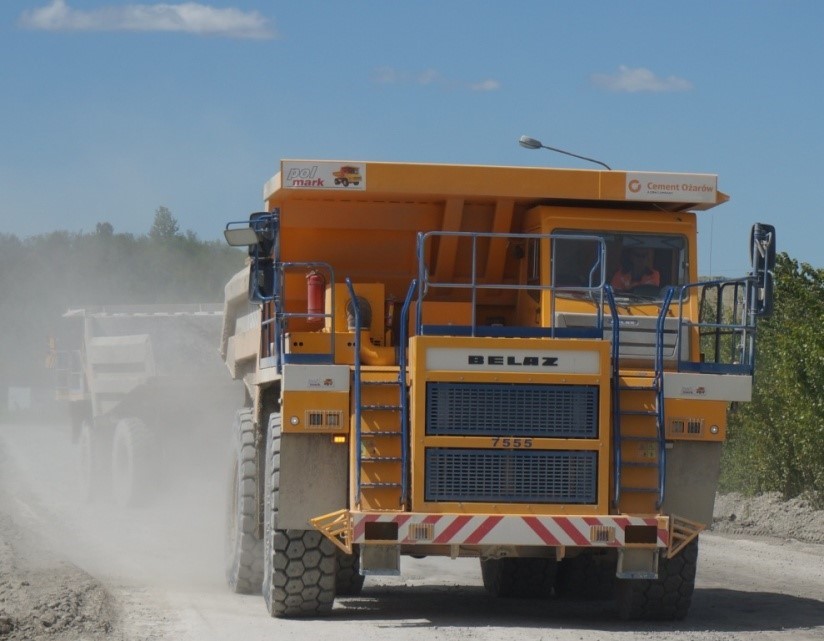 25 years of cooperation of BELAZ and Polmark Kielce is a joint successful development based on common business principles:
– customized approach to the partners and readiness to meet with the most challenging requirements and requests;
– efficient and timely dealing with the matters of bilateral cooperation.

Longstanding cooperation of BELAZ and Polmark Kielce is a good example of partner relations that make an invaluable contribution to the development of the neighboring countries – Belarus and Poland.

Dear Mr. Świercz, Let us congratulate you on your 65th anniversary.
Thank you for your long devotion to BELAZ.
Your professionalism, determination and leadership talent, enormous personal input into the development and high level maintenance of partner relations are worthy of unlimited respect. Wishing you strong health and prosperity.
May our new projects be successful and established traditions continue and get stronger. 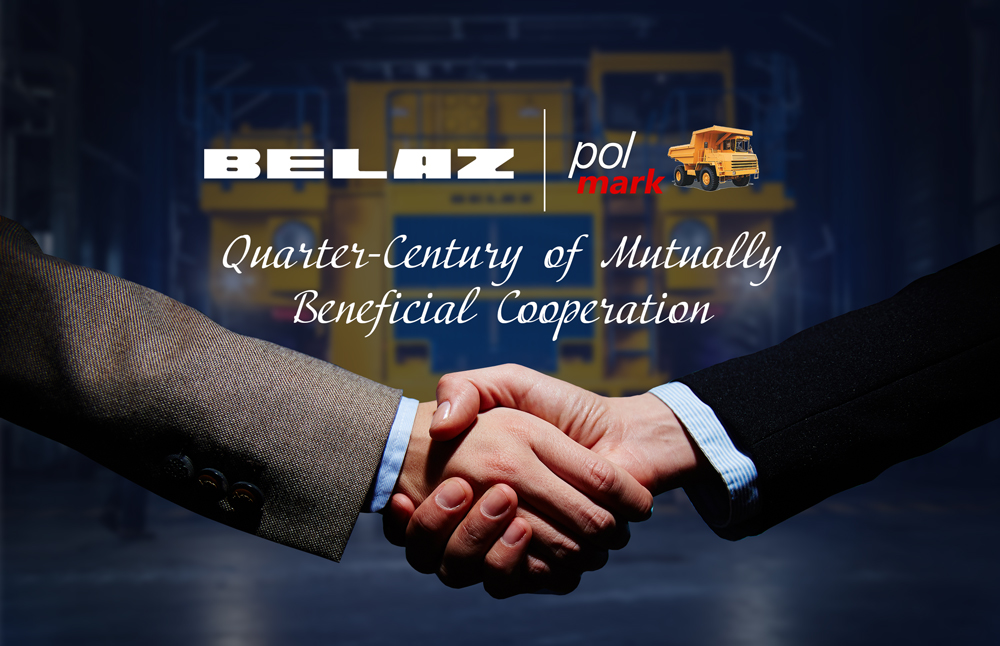 The foreign trade activity of OJSC “BELAZ” is characterized by the intercontinental level and multifaceted approach.

BELAZ machinery fleet of mining Companies in Algiers, Philippines and Zimbabwe, has been lately supplemented with new front-end loaders BELAZ-78221 which have proved to be efficient while operating in different parts of the world.